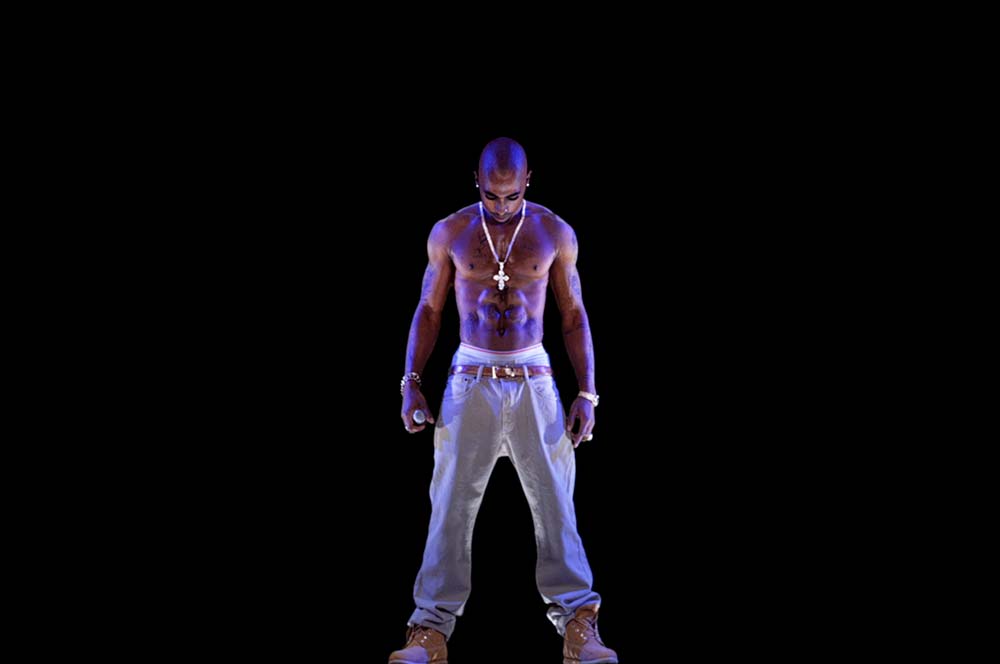 The process used to create the Tupac hologram took several months of planning to construct the visual effect, as there were no pre-existing high-resolution assets of the artist since his life and career were cut short.

By designing physical characteristics and integrating movements from previous performances captured before the rapper’s death, the Tupac hologram was produced. Using the latest technology in audio-visual, our team was able to mix in fresh choreography and vocals.

Utilizing holographic technology, our team projected the illusion of a life-sized Mr. Shakur on stage and through coordinated choreography was able to interact and perform with hip-hop artist, Snoop Dogg, sending Coachella into an emotional frenzy.

The performance went viral: the hashtag #tupachologram was among the top ten tweeted topics for three weeks, Google reported more than 18 million search results for ‘Tupac Hologram’, and 15 million views on YouTube within the first 48 hours. Even with such intense media and fan focus on the festival, the sheer impact of the Tupac hologram was unprecedented.

For Tupac’s estate, sales rocketed with more than 33,000 downloads of the rapper’s top two singles and subsequent album sales increased by more than 500%. The Tupac hologram proved utterly game-changing, year-defining, and reminded the world that he was still of the most popular and respected artists, even after death.