Life imitates art. In some ways, the technological things we fantasized about as kids have become a huge part of our daily lives. Think about it. When Dick Tracy held his watch up to his mouth to catch that bandit, we got really excited. How about when Jean-Luc Picard spun casually in his captains’ chair, tapping on a flat surface that would soon become the ubiquitous tablet?

Now we still haven’t managed to craft that DeLorean that took Marty McFly back in time. Or completely figured out how George and Jane Jetson got Rosie to do all of the housekeeping (at least not entirely). But, we saw all of those amazing things that inspired us. Truly. The idea that someday we could accomplish these technological advances provided us with a road map, a guide to the future. Seeing bits and pieces of that future is exciting in itself. And understanding the evolution of that technology lets us peek into the world of what’s to come. 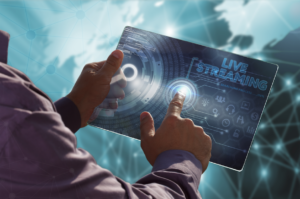 When Princess Leia appeared, floating off in the distance projected by R2-D2, something magical happened. Something real. We as watchers believed her to be in the present (albeit a recording), as a real live hologram. I mean, it was just a Hollywood effect. But don’t lie. You saw that, and wondered when that would become a reality. And we saw it over and over again in Hollywood. From the holodeck in a space traveling series where “no man has gone before”, to a ginormously projected shark gobbling up Marty as he travels back to the future–holograms have been a focus.

In 2012, AV Concept began capturing the imagination of that notion. That very year, the members of this team pulled out all of the stops, creating holographic history. Tupac Shakur had been tragically killed in a shooting more than 10 years prior. One of the greatest rappers of his generation, the effect to honor his life and his work warranted something big. Something great. AV Concepts worked to resurrect his presence at that years’ Coachella music festival. Shock and awe wouldn’t describe the buzz and fanfare surrounding this iconic moment. Even to this very day. It rocked the music industry and changed the way we viewed posthumous performances forever.

Holographic technology for live events existed at this point. But no one had really utilized it in the context of that moment, the way it was done with Tupac at Coachella. A lot of technology relied on materials used before to allow live on-stage performers to interact with holographic content. Projections of those essences danced, sang and performed with their real-life human counterparts. The future was here. 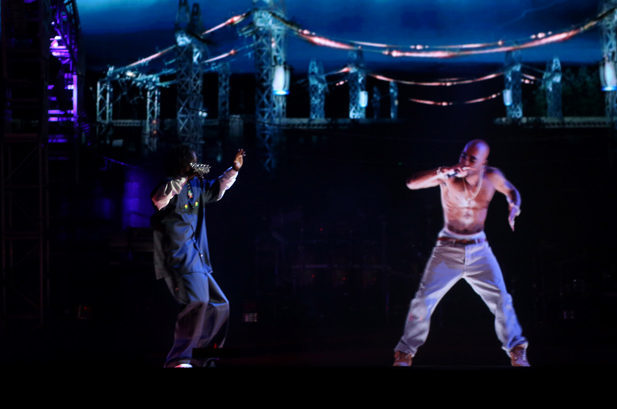 But that was then, and this now. How does holographic event technology evolve? Traditionally, experiential and AV staging companies relied on particular foils and materials to produce a realism that could trick even the most well-trained eyes. But AV Concepts didn’t stop there. Being the leaders in their respective fields in the world of event holography, they pushed on. Tupac’s resurrection was only a taste of what the future held. The technology needed to evolve.

Brian Kim, AV Concepts R&D Engineer explained, “Our newer process provides much more realism to the effect.” Newer materials provide for brighter reflection and content. AV Concepts’s proprietary holographic effect have really changed the game. But this latest development in materials technology showed the world what they were capable of.

Jim Thornton, Chief Revenue Officer of AV Concepts spoke to these new advancements. “The kind of things we can do now provide us with the flexibility to create live holographic effects in a wider variety of areas. We used to need such a controlled environment–it was rigid, but we made it work.” What’s capable now with this new technique? A brighter, even more convincing presence with the potential to bring effects like this into spaces we couldn’t have before.

AV Concepts’s R&D team shows us that just because they’re able to create an effect as spectacular as Tupac’s hologram, doesn’t mean there’s nothing left to advance in the world of holographic event technology. Tupac’s hologram was nothing short of amazing. However, this new proprietary process by AV Concepts upped the ante on live event holographics. They worked together to advance the industry despite all of their well-earned success. 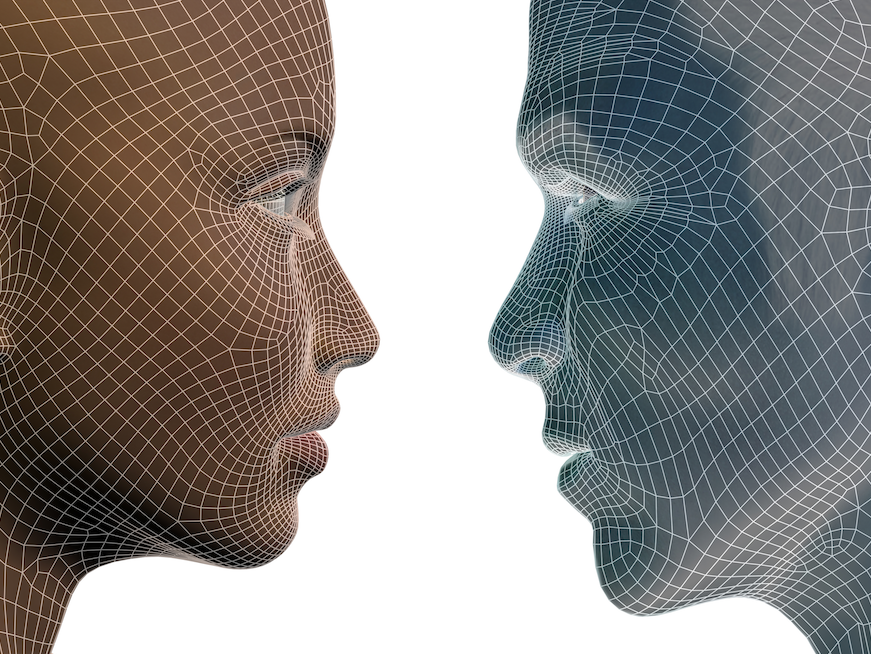 And just like you were as a kid, your mind starts to see the future. The potential of using holographic technology is endless. AV Concepts specializes to support some of the most accessible holographic presentations worldwide. Corporations project their CEO’s telepresence at live events. Products are holographically represented on display for passer-byers to view. Experiences are brought to your face, literally, as a video game character mimics your every move.

Who knows? Maybe some day the line between reality and fiction will blur. We always are impressed and amazed with what the future holds. And ground-breaking companies always imitate what our hearts really desire. As consumers, we await for our technology fantasies to become real. But for some of these savvy teams, that fantasy is already a reality.