There’s been a lot of talk recently about 4K Ultra HD, and the potential impact it will have on the events industry. But all of this 4K talk can be difficult to understand, especially since the term is really more of a home theatre concept that’s being used to give planners a way to relate and conceptualize the influence 4K technology will have on their live events.

Today’s event planners are constantly faced with the challenge of having to create bigger and better experiences with the same amount of resources. So, knowing how to anticipate what lies ahead, and what new live event technology is worth investing in, is paramount to the success of your events. We’ve compiled some of the frequently asked questions planners ask us about 4K Ultra HD in hopes of helping you decide whether or not 4K is right for your events.

What is 4K Ultra HD?

What’s the most common misconception about 4K Ultra HD?

People tend to focus on the resolution, when in actuality, what really matters is the pixels per inch. As with any application, if you talk about resolution without considering screen size, the resolution becomes almost meaningless. For example, if you were to take a 4K resolution and blow it up to a 300-ft screen, you wouldn’t see the impact as much as you would on a smaller surface. So, what event planners should be focused on understanding for their events is actually a combination of screen size and pixels per inch. 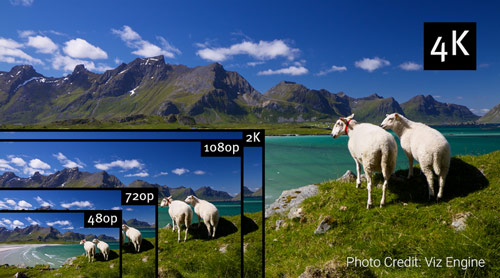 What are the barriers to entry with 4K Ultra HD?

4K projectors are still very new to the marketplace, so they’re hard to find, and when you do, they’re quite expensive. There’s always a bit of a lag between when new technology is released, and when it’s readily available to rent, because AV companies need to know that the  trend will become a standard before taking the risk of investment.

Is there a benefit to 4K Ultra HD vs. regular HD projection?

4K’s best application is conventional 16:9 aspect ratio screens—where you want to avoid having to blend projectors for a single screen—but the screen size is too large for a single HD projection stack to look good.

4K also makes sense for more unusual stage designs, or intricate scenic elements that demand very precise projection mapping. But in that case, technical experts aren’t thinking about it in terms of 4K vs. HD projection. Rather; they’re looking at how to blend multiple stacks of projection to ensure the crispest pixels per inch. What becomes interesting is that utilizing blended projection in this way can actually offer much higher resolution than 4K because it’s utilizing multiple stacks of projectors vs. a single projector. 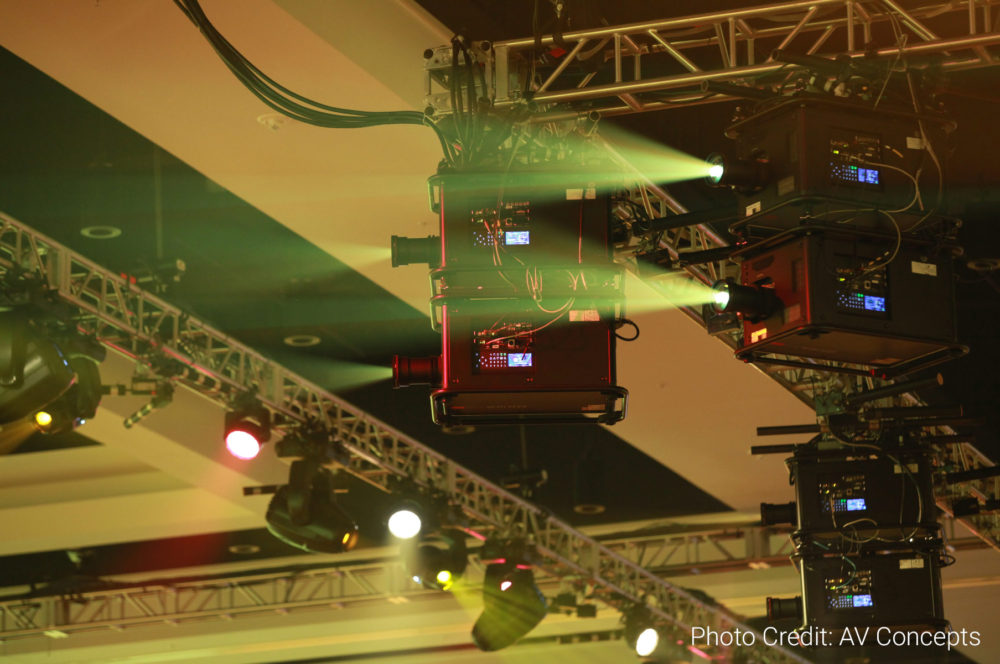 Do you think there will be widespread adoption of 4K Ultra HD?

4K won’t end up having as big of an impact as people think. Not because 4K projectors won’t be important—in a few years that’s probably all we’ll be using for events as they begin to saturate the market—but because it will be a gradual transition that won’t be easily noticeable for event planners or attendees.

What about 4K Ultra HD vs. LED?

There are advantages and disadvantages to both, so it’s important for planners to have a really good understanding of their event venue in order to ensure they’re utilizing the right solutions for their events.

LED’s biggest advantage is its effectiveness with ambient light. So, if you’re working in a space with a lot of natural light, like ballroom foyers, LED will likely be a better solution than projection.  If your event is outside during the day, LED is essentially your only choice because projection is almost never powerful enough to compete with direct sunlight.

If space is a real concern in your keynote or general session room, and you’re worried about the cone of projection, LED will also likely offer the advantage of significant space savings.

The biggest disadvantages of LED can be cost and image quality, as even the highest resolution LED screens often pale in comparison to the image quality of projection, and LED is also generally much more expensive.

Do you have any tips on how to choose the best solution?

Have a good understanding of why you think a certain technology is the right solution for your event. Then find a trusted partner who can help you understand if there are other, more cost-effective technologies you should consider for a similar look and feel.